It's Time We Come Clean About Our Studio

It's time we come clean: our production and stage has been in a secure underground bunker - that's not really Los Angeles behind James's desk. After James drops that truth bomb, he shares his life's biggest regret. And he also has an incredible nickname for peacocks.

Can there be a playlist from these clips. Would love to bingewatche.

The Great Late-Night Ensemble, the one and only Late Late Show!!! Love you all!!!

I watch for specifically for Pete. Best in the business.

I can’t believe they’ve bamboozled me all these years

DCI on NOsections I can watch it for hours

They actually only got back half the amount because bitcoin value had gone down recently. If the company would hold it in bitcoin for a few years they'd make a lot of money

I so want to work there

Y'all better not stop listening to us in these comments, this is the only late night show most of us wait for now. This feels...generic again almost 😭

I remember Ian on the Wrecking Ball at Chelsea Lately! 😆 She had a lot of great comedians on that panel!

O.k.. writers, let’s put some effort into Steve’s intro. It’s a bit in of itself now. It has legs, help Steve walk it. Some serious funny opportunities there if mixed with his musical creativity.

Ok. Which executive did this to the show? Off with his head

I love this show but I wish James would talk at a normal volume. The constant projecting/yelling is a bit stress inducing.

Where is the news intro music?

Wait, at the end. Is that Peabrah or a Zebcock?

Canned cocktails are the BEST! 🤗💜

Disco turkey - they can come to Oz and hang out with our Bin Chickens.

A love a dropped beer on camera, it's like an Australian mating call.....

The Disco Turkeys jam is 🔥

That was an amazing peacock noise, honestly

ill cry when the audience returns. this intimate setting is what sets this show apart from Kimmel and yk the other dudes

NO MUSIC WHAT WHAT

*James and Reg talking about cutting back time spent on NOsections* Me: *wondering how many Late Late clips I've watched this morning*

We Russians have cracked your SECRET CODE

Lmao nobody watches this show.

very sure if alliens exist must have watched these show again!

very sure if alliens exist must have watched these show again!

There's so much room for real moments and natural pacing without an audience there. Live audiences tend to encourage lowest-common-denominator approach.

Agreed. No more audience please and bring back the news intro 🙏🏻😹

Agree looks like they are preparing us for the return of the audience. Please DONT the show is amazing and unique as is

They must continue with the pre news banter, its magic. Great show guys

Wait black swans are zoo worthy? If for whatever strange reason I feel the need to see a black Swan I just go to the river

Hackers wouldn’t have to pay tax on that 2M if they put it in an IUL acct or low interest bearing acct. 😎

You're so awesome James, keep up the excellent job . 💙

Hi, i from 🇱🇰 srilanka

I want the disco turkey as my ringtone 😂

Will Reggie ever get a haircut and shave? I have this bizarre suspicion he might be marginally good-looking under all that.

Yes. Piano/ Sax videos are my to go to on NOsections

I hope they never get an audience back

and i dont want them to think. his face after that lmfao

WHERE WAS THE NEWS LEAD IN MUSIC????

Your bird pests are peacocks. Ours are Canadian geese.

Ahh I miss James chatting with the cast…not the same

Whaat! Wasn't a real window!! :-) Make sure the dynamics are not lost once the public is back.

Keep up the good work James we love you 😍

True story on that bit about the Sri Lankan zoo guys. I live next door to it, I know. 😉😂 You guys always make me laugh. Fins up. 👊

"We don't want the audience to think.." ( James ends there)

Can we please get the news intro back?

imagine reading comments praising the show’s format for MONTHS- and then actively changing the format that has people so engaged. this is definitely gonna make the views go down. LISTEN👏🏽 TO👏🏽YOUR👏🏽VIEWERS👏🏽

James, don’t give it away!!! Still laughing.

But James did the amazing parody song "maybe I'm a immune" a few months back while playing the piano? is he saying that that was fake then?

The Great Late-Night Ensemble, the one and only Late Late Show!!! Love you all!!!

Have longer shots on Hagar

"You think this is a problem?" hahahahahah

I was here for total immersion of the background, now my world is shattered. If we didn't get Steve's news intro, is it really even news? #FinsUpTour2021

Covid lockdown made me a NOsections addict!

Pokemon cards is a great investment. 1st edition base set shadowless Charizard is 300K+ in a PSA 10.

Can you please do a little more banter. Ok fine, a whole lot more. That's the best part of this show.

James James. Are you going to explain why Steve didn’t get to do his news intro 🤨

the higher ups really are making a horrible decision cutting so many segments that people come to watch. they’ll end up losing a lot of viewers soon, the vibe in the room just isn’t the same :(( wish they would take more things into consideration instead of just how the show is received to advertisements or different contract agreements

You know, more shows need to discuss zoo sex. That’s what’s been missing from the pandemic world vibe these past 2 years.

Where is the news music?

Disco Turkeys!!! I will never call them anything but.

Can we have a video on all Steve' s news intros please? Like all of them since he did the first? That woul be great.

Ayyy, they brought back the music!

But took away The News music :(

Give this guy the Late Night crown for sure. The whole studio kills it almost every single recording

I didn't even know he was doing the news until halfway through. Where's the music? Where's nick? What's going on?!?

James' voice when he was imitating someone reacting to the internet outage was adorable and my favorite. "What's HAPning!!?? Why isn't is WORKING!?" The best. 😂
Neste 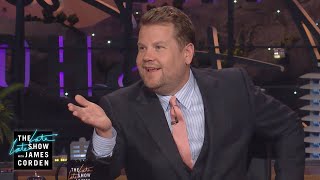 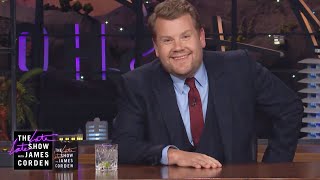 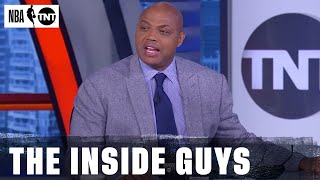 17:36
Social Media Is Tearing Society Apart, But Getting Us Free Clothes!
Ganger 276 k